The Increasing Importance of Health Economics 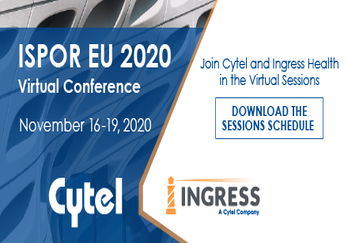 A credible evidence base is needed to support and document the economic value of new technologies and therapeutic approaches. Companies need careful cost-effectiveness analyses for successful reimbursement submissions. In this two-part blog series, we interview Bart Heeg, Vice President HEOR and Founder at Ingress Health (A Cytel company). Bart talks about his background in HEOR, founding Ingress Health and its recent acquisition by Cytel. He also talks about the benefits of turning to an HEOR specialist and provides a sneak peek into Cytel’s presentations at the upcoming ISPOR EU 2020 event.

Can you tell us a little about yourself and how you ended up in the HEOR space? What was your academic background and industry journey?

My academic background is in Pharmacy. I realized I didn’t want to be a pharmacist, but I liked the subject I was learning. So, in my final year of graduation I decided to do my Master thesis in Health Economics. My thesis was on cost-effectiveness analysis and it interested me enough to want to do a PhD in it. After my thesis, I found a company in Rotterdam, which is one of the biggest health economics university cities in the Netherlands. I started consulting in 2002 and continued with that till 2015, by when I had taken charge of all their European offices.

In the meantime, I also did a Master's in Clinical Epidemiology, and a PhD in Health Economics, which I finalized in 2015. I met with Professor Thomas Wilke who ended up being my partner at Ingress Health. My expertise is in health economic modelling, evidence synthesis, advanced trial analyses for HTA purposes, and Thomas is really good with real-world evidence. He has unique access to a German claims dataset, and we thought it would be great to collaborate. In 2015, we laid the foundation of Ingress Health. Thomas already had a few people working with him in Germany and I established our base in Rotterdam. By 2019, we had a strong team of 35 consultants, and we began to grow really fast.

At ISPOR Copenhagen, in 2019, we met the executive team of Cytel. Cytel has the global presence we were seeking and the partnership between Cytel and Ingress was the next right move to make, considering our capabilities. That’s how we came together early this year and it has been a great journey since then.

When should sponsors seriously consider turning to an HEOR specialist for their projects? When is it of clear benefit?

If you want to launch a product, you need the health economics well before Phase 3 is finalized. In many countries, the requirement is to submit a health economic model for reimbursement purposes and if you don't have that, then the probability of you getting reimbursed is extremely low. Therefore, almost all  companies that want reimbursement for their drug need to go to a health economic specialist, or potentially have this expertise in-house. Hence, for every product that you want to bring to the market, you need to convince the local health authorities, like NICE in UK and CADTH in Canada, about the cost-effectiveness of your drug. For this you need to consult a health economist and real-world analytics specialist.

After Ingress was acquired by Cytel, our consultants took on a lot of work. We collaborated with Lighthouse Outcomes, which was also acquired by Cytel. The collaboration is going really well as they have literature review specialists and statisticians whereas, we are broadly focused on health economics. When these two backgrounds can be combined to form a team, it can be great for client deliverables.

We also recently started working on a project for one of our clients, that requires us to do analysis for the German health authorities. This is seeing involvement from the PBS and Strategic Consulting groups at Cytel, MTEK (a Cytel company), Ingress and Lighthouse. The timeline is short and hence, the coming together of all these groups to execute the project is amazing.

With MTEK and Lighthouse, we can develop the health economic needs further, as we have a greater number of literature review specialists, health economists and statisticians in the company. We are also hiring for health economics to better serve the Canadian market for submissions to CADTH. There is also the ICER, which is an independent health authority doing cost effectiveness evaluations in the US. I expect the US to go into the cost-effectiveness direction.

Cytel has a significant presence at ISPOR this year. What will Ingress be presenting on?

Typically, Ingress has 50 submissions along with the workshops. This year as the event is virtual, things are going to be somewhat different. However, we have four presentations that I am quite proud of personally. One of the analyses that we are presenting is on whether we can replicate the comparative effectiveness that we see in a trial, based on a German claims analysis. It showcases the promise of real-world evidence being potentially informative for trials. There is a second presentation on the different frameworks for conducting immature survival extrapolations, as there are so many methods that can be used. The third one is about network meta-analysis and the different methods that can be used. The final presentation is about different methodologies to fit parametric distributions over survival data. Typically, that is done with MLE, we present three alternative approaches which might result in more clinical plausible extrapolations.

Watch this space for the second part of the interview.