How to Overcome Common Challenges to Patient Recruitment Projections 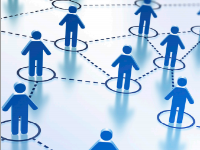 According to Cytel experts, more precise recruitment projections can be calculated through a model-based approach that accounts for nonlinearity and randomness in the patient enrollment process. Intuitively, clinical operations specialists know that there will be site-level fluctuations. The same number of patients do not enroll every week, nor is there a straightforward way to account for how many will enroll. Yet, many conventional approaches to recruitment forecasting make exactly these assumptions.

Sophisticated approaches might account for some nonlinearity - for example, it might be that as trials progress and recruitment efforts become more efficient, it is possible to scale the number of patients who enroll. Without statistical insight, though, it is very difficult to capture the idea of randomness.

A model-based approach advocated by Cytel experts enables a somewhat different line of reasoning. Instead of asking how long will it take to enroll 1000 patients, we can instead ask what is the probability that 1000 patients will be enrolled in fifteen months, twenty months or thirty months. We can then tackle nonlinearity by creating a model like the one below (Figure 3 in the attached whitepaper): 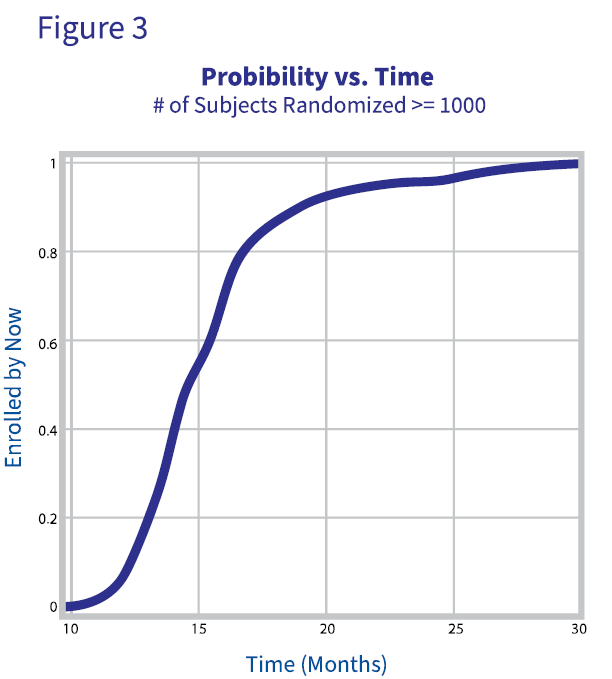 While this might appear to be a small adjustment in approach, consider that using site-level historical data, clinical operations teams can make such projections for each potential trial site. They can see, for example, that there is an 80% chance of hitting targets at one site and only 20% at another site, whether to focus recruitment initiatives in one place or another. It is then possible to build a cumulative enrollment curve that enables the prediction of conservative and risky targets for recruitment: 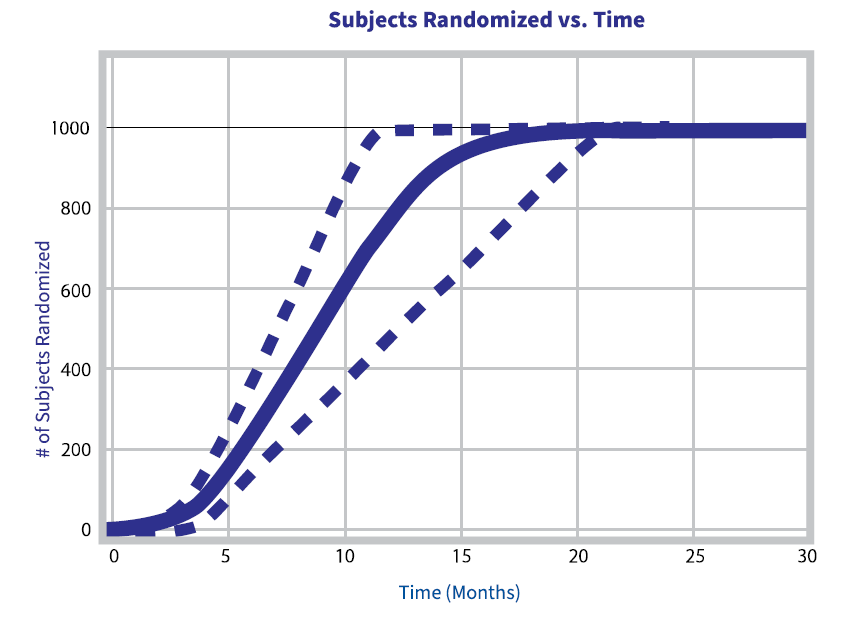 According to a Cytel whitepaper on enrollment and patient recruitment, this can then lead to a number of new trial acceleration strategies and insights about relationships between key events.

[1] Impact Report, Tufts Center for the Study of Drug Development,  2013

*This assumes 163 discontinued trials, approximately $675,000 USD per trial and 37% of trials stopping due to patient recruitment issues.