Interview with Stephen Senn: 70 Years and Still Here: The Randomized Clinical Trial and its Critics

We are delighted that Stephen Senn will be joining us at the EUGM on November 14th and 15th in Darmstadt, Germany. In this blog, we sit down for a discussion with Stephen about his career in statistics, his advice for early career statisticians, his upcoming research, and the topic of his presentation at the East User Group Meeting “70 Years Old and Still Here: the Randomized Clinical Trial and its Critics”.

Cytel: Could you give us some background about your career and how you came to be involved in statistics?

Stephen Senn (SS): It was an accident. I grew up in Switzerland, and I was interested in mathematics. I had the idea of studying at an English university, but when I came to apply I was told that my mathematical training at school would not have been enough to enrol on a bachelor’s degree in mathematics in England, where typically students between the ages of 16 and 18 concentrate on 3 A-levels- for example Pure Maths, Applied Maths, and Physics. So I started looking for other quantitative degrees and went on to study economics and statistics at Exeter. During my last year there, I met my now wife, who was in her first year and so once I graduated I wanted an excuse to stay on. As I hadn’t enjoyed the economics very much I found an MSc in computing and statistics. Then I found that I didn't enjoy the computing very much, so by elimination that left me with statistics as my subject. That’s how I got started as a statistician.

Cytel: So from there, how did you sort of make that transition into the pharmaceutical industry?

SS: Again, that was also something of an accident. My MSc was funded under a scheme organized by the National Health Service. As result of that, I worked for 3 years in the NHS and learned quite a lot, but ultimately decided that I needed to move on. Much to my surprise, I succeeded in getting a job as a lecturer at the Dundee College of Technology. I stayed there for nine years, eventually becoming a senior lecturer, but in the end I decided that if I was going to progress at all in a career I need to do something completely different.

As I am originally from Switzerland I thought about what roles were available there for statisticians, and of course the obvious employers were pharmaceutical companies. In the end, I went to Ciba-Geigy (now merged with Sandoz to be Novartis), which was a leading company in my hometown of Basel. So, in a roundabout way I ended up back where officially I'm from.

Cytel: How was it making that step from an academic environment into the pharmaceutical industry?

SS: Well, it was quite a shock. I was 34 years old. I had a promoted post at the academic institution I was in, and I went from this environment to being a simple statistician in the pharmaceutical industry. But, almost immediately, I realized that I had made the right choice. It was a fantastic experience and I got a terrific buzz out of working on projects.

I found I could begin to really understand the logic of clinical trials. Although officially, my job did not involve publishing on statistical methodology, and I was not in the statistical methodology group, I found there was a lot to learn, and talk about, and write about. I realized that if I could find the time, then the standard of my publications would increase considerably. In fact, for me, beginning work in the pharmaceutical industry was a real takeoff point for my research.

Cytel: Your topic at EUGM is “70 Years and Still Here: The Randomized Clinical Trial and its critics”. Could you give us some background into this topic and what triggered your interest in it? How is this topic relevant to the industry?

SS: I think there are several aspects of that. One of them is that I'm interested in the history of statistics, and have always been fascinated by the figure of R.A. Fisher; in fact, I'm secretary of the Fisher Memorial Trust. Randomization is something that he particularly introduced to experimentation, although it was Bradford Hill who introduced randomization to clinical trials.

It's now 70 years since the famous MRC trial of Streptomycin and tuberculosis. And despite the fact that randomized clinical trials have been an enormous success, under all sorts of conditions, many people are still sniping at them and saying that randomization doesn't work. In particular, what they claim is that randomization doesn't produce perfect balance and because it doesn't produce perfect balance randomized clinical trials are invalid.

The first of these statements is absolutely correct, randomization doesn't create perfect balance, but the second of the statements is not. A lot of people just don't understand what randomization is about, and I get increasingly fed up with this. I've read several false accounts of this recently, and so I thought when I received the invitation to come to Darmstadt that I would use the excuse of the anniversary of the Streptomycin trial to talk about this topic.

Cytel: What do you hope that people who hear your talk will go away with?

SS: I hope, first of all, that they will come back with renewed confidence in what a randomized clinical trial delivers. Secondly, I hope to give them some arguments to counteract what the critics say. Thirdly, I hope they will get one simple message and this is the following: if it were the case that all covariate factors were perfectly balanced, then the standard analysis of clinical trials would be wrong. It's precisely because they're not perfectly balanced that the analysis that we apply to randomized clinical trials is correct. This may seem somewhat baffling, but I hope to make this clear.

Cytel: What’s next for your own research?

SS: I have some things that I quite enjoy, but that I really have to get on with! One of them is, that for various reasons, I'm behind in devising the third edition of Statistical Issues in Drug Development. There are also some other projects in the pipeline with my group in Luxembourg on work using historical controls and some other upcoming work on the relationship between fixed and random-effect meta-analysis. In the longer term, I have to write up my Fisher Memorial lecture from last year on P-values. That's another topic that's currently very relevant and I'm going to try and put forward my point of view on that.

A major interest in my research has been within-patient studies and in particular how they can help understand personal response. There are a couple of things I would like to say in connection with that: first of all, I think statisticians have to do a lot more to explain to the life scientists they work with exactly what the sources of variability are in clinical trials. Secondly, I think that it is possible we may be overestimating the scope for personalized medicine by not doing the ground work on variances properly. In fact, that’s another anniversary we can celebrate this year. It’s one hundred years since RA Fisher proposed the squared scale as being the right one for partitioning variation and proposed the word ‘variance’ for the measure. We need to study components of variation properly to establish the true scope for personalized medicine and concentrate our energies where that scope is greatest. Paradoxically, by being skeptical about the scope for personalized medicine we may actually make better progress.

Cytel: We thank Stephen for joining us on the blog, and look forward to hearing his presentation in Darmstadt. 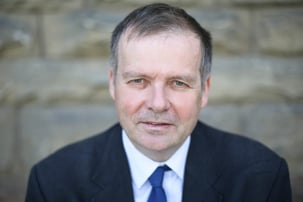 Stephen Senn has worked as a statistician but also as an academic in various positions in Switzerland, Scotland, England and Luxembourg. From 2011-2018 he was head of the Competence Center for Methodology and Statistics at the Luxembourg Institute of Health in Luxembourg.

He is the author of Cross-over Trials in Clinical Research (1993, 2002), Statistical Issues in Drug Development (1997, 2007), Dicing with Death (2003) and in 2009 was awarded the Bradford Hill Medal of the Royal Statistical Society. In 2017 he gave the Fisher Memorial Lecture. He is an honorary life member of PSI and ISCB.

Since 2011, the Innovations in Clinical Trials Symposium & Hands-on East Training has brought together industry experts, thought leaders and applied statisticians to discuss the future of clinical trials. This annual meeting guides the development of the industry's leading clinical trial design software. Join your peers at Merck in Darmstadt, Germany to see the newest developments in East.

Register for both days and save over 30% - click the button below to review the full agenda and to register.